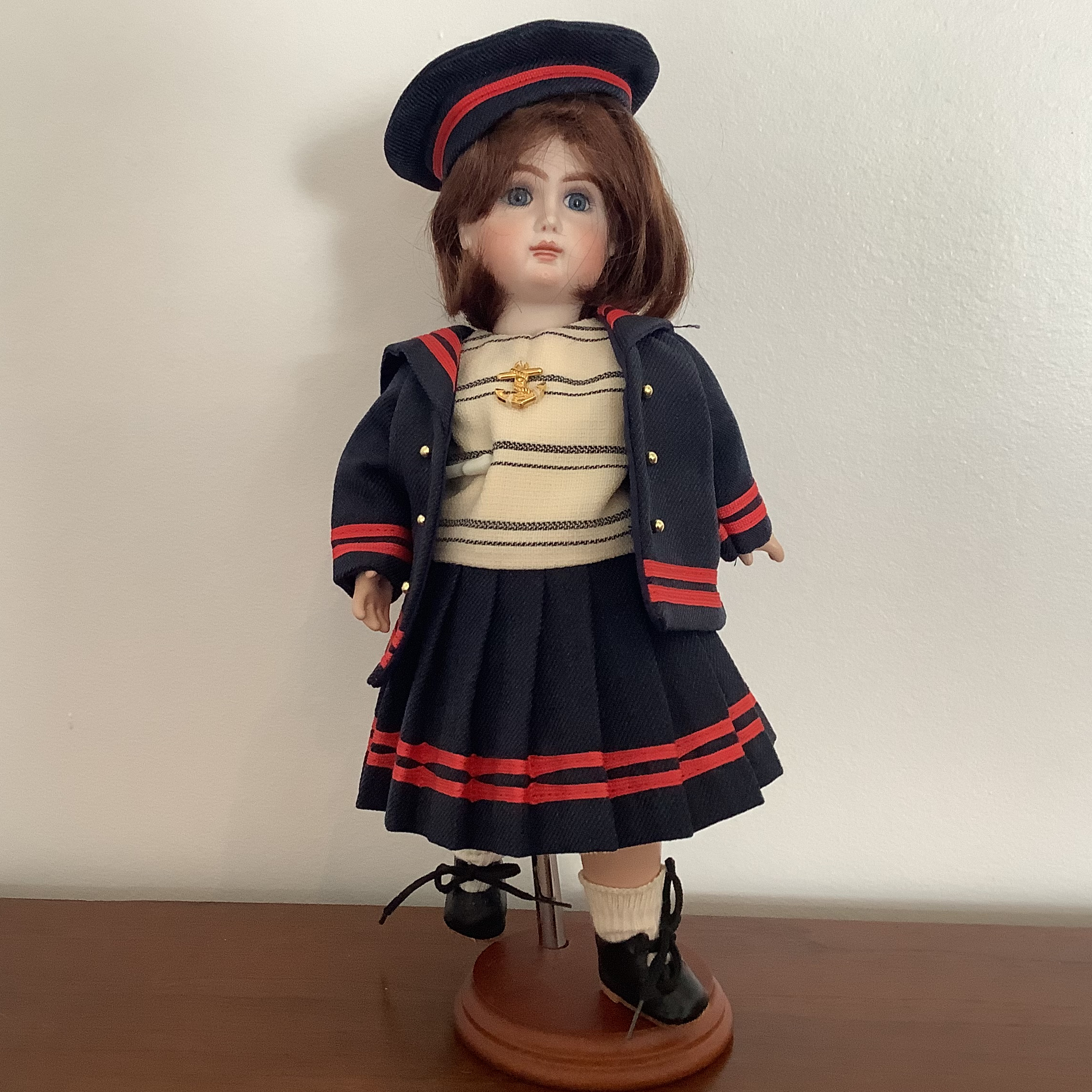 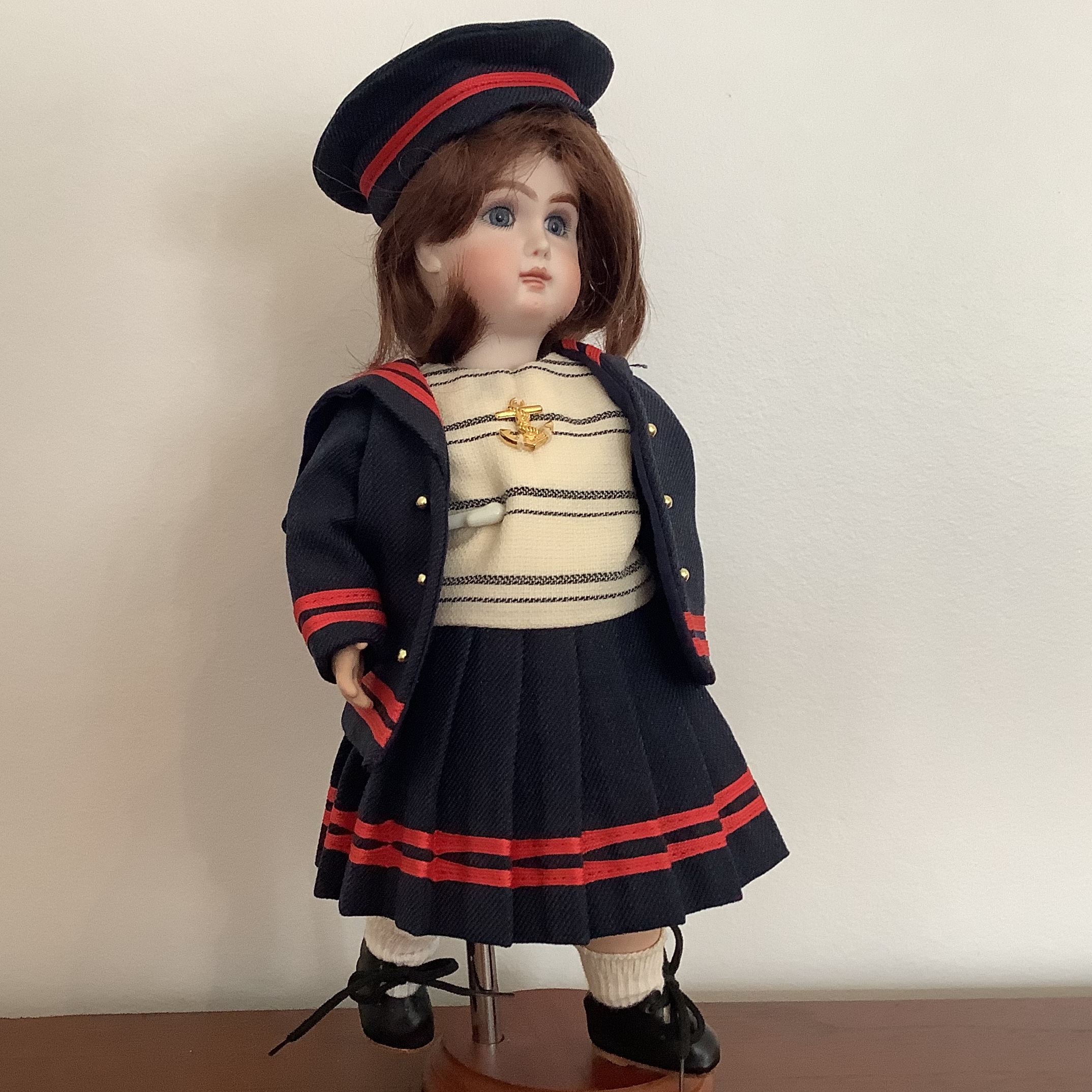 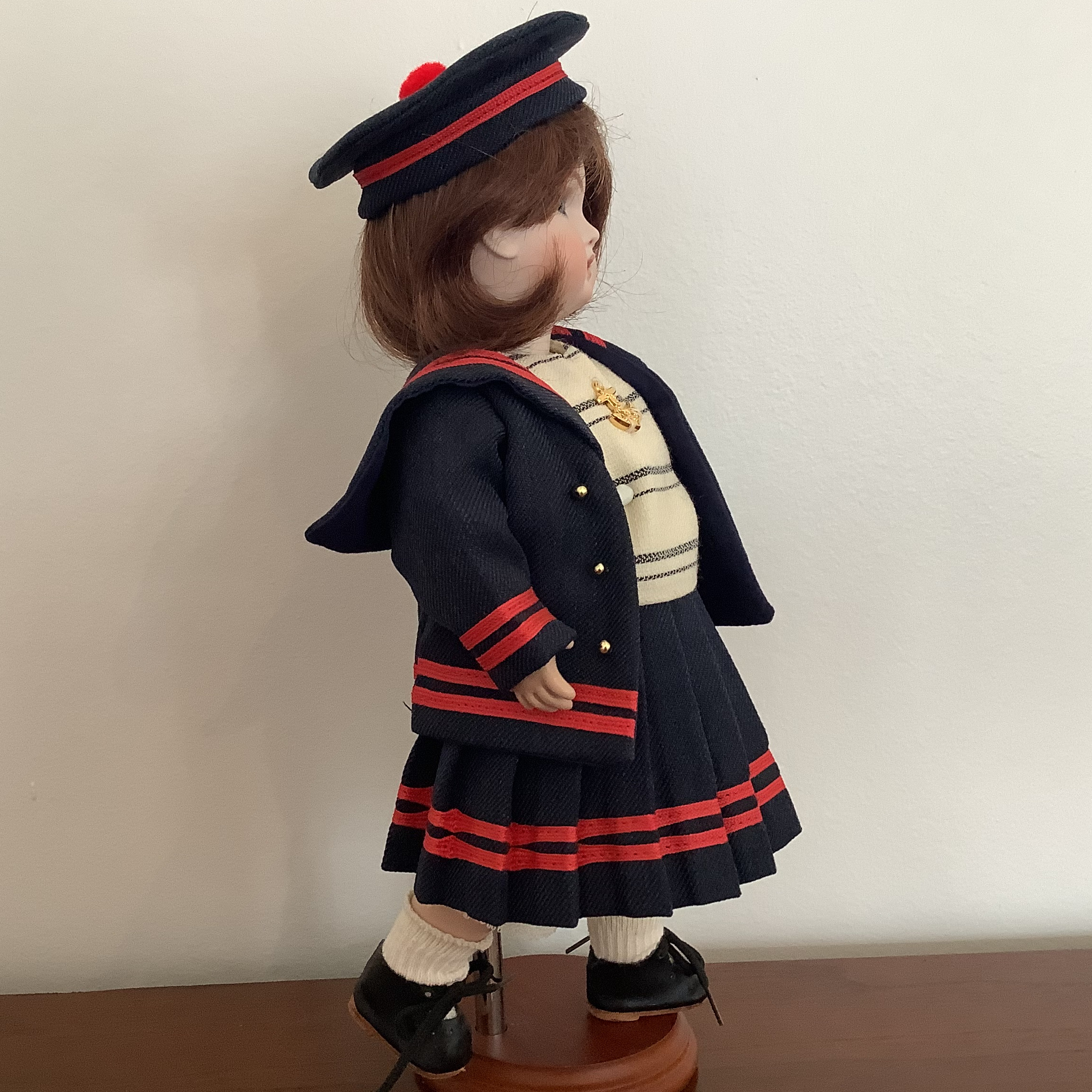 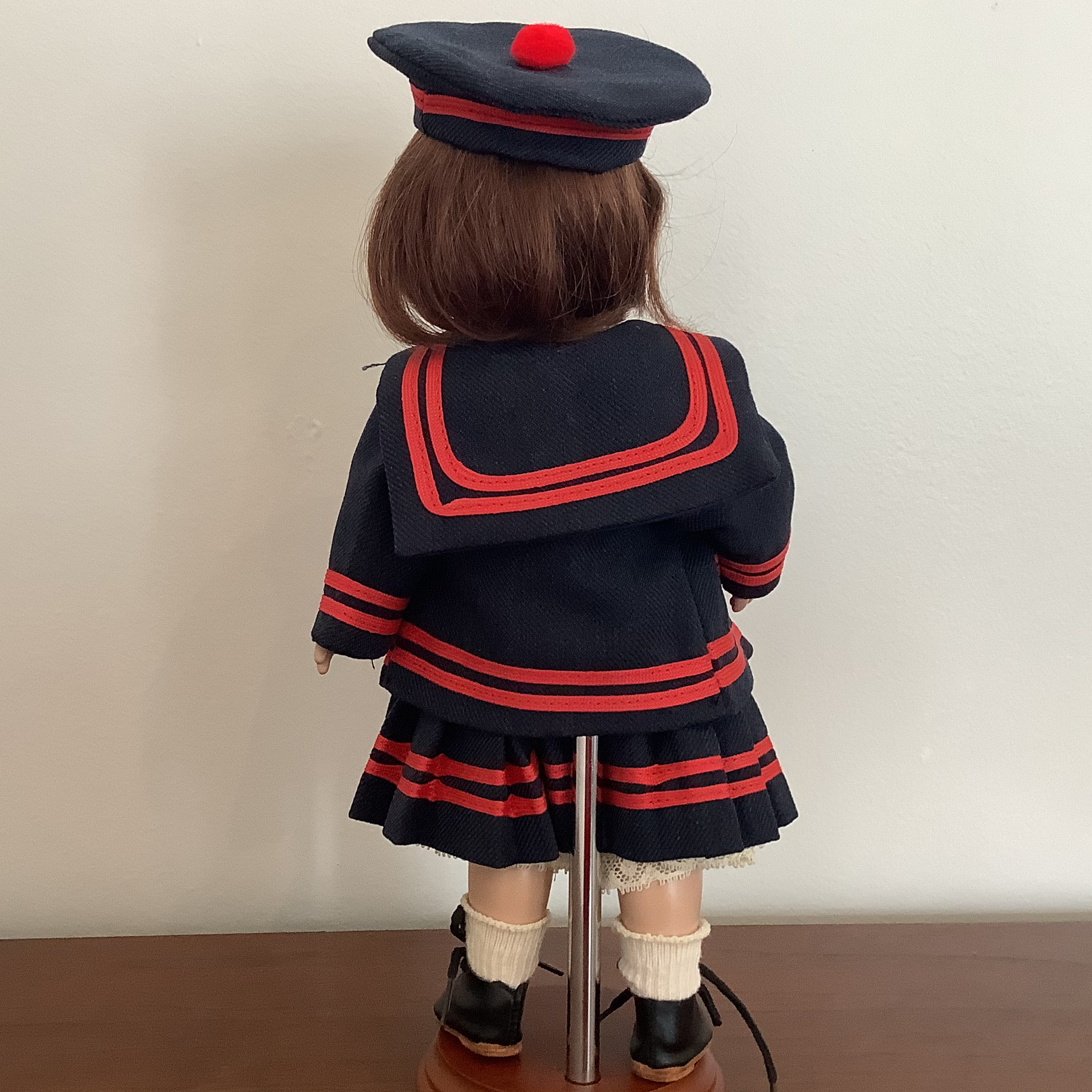 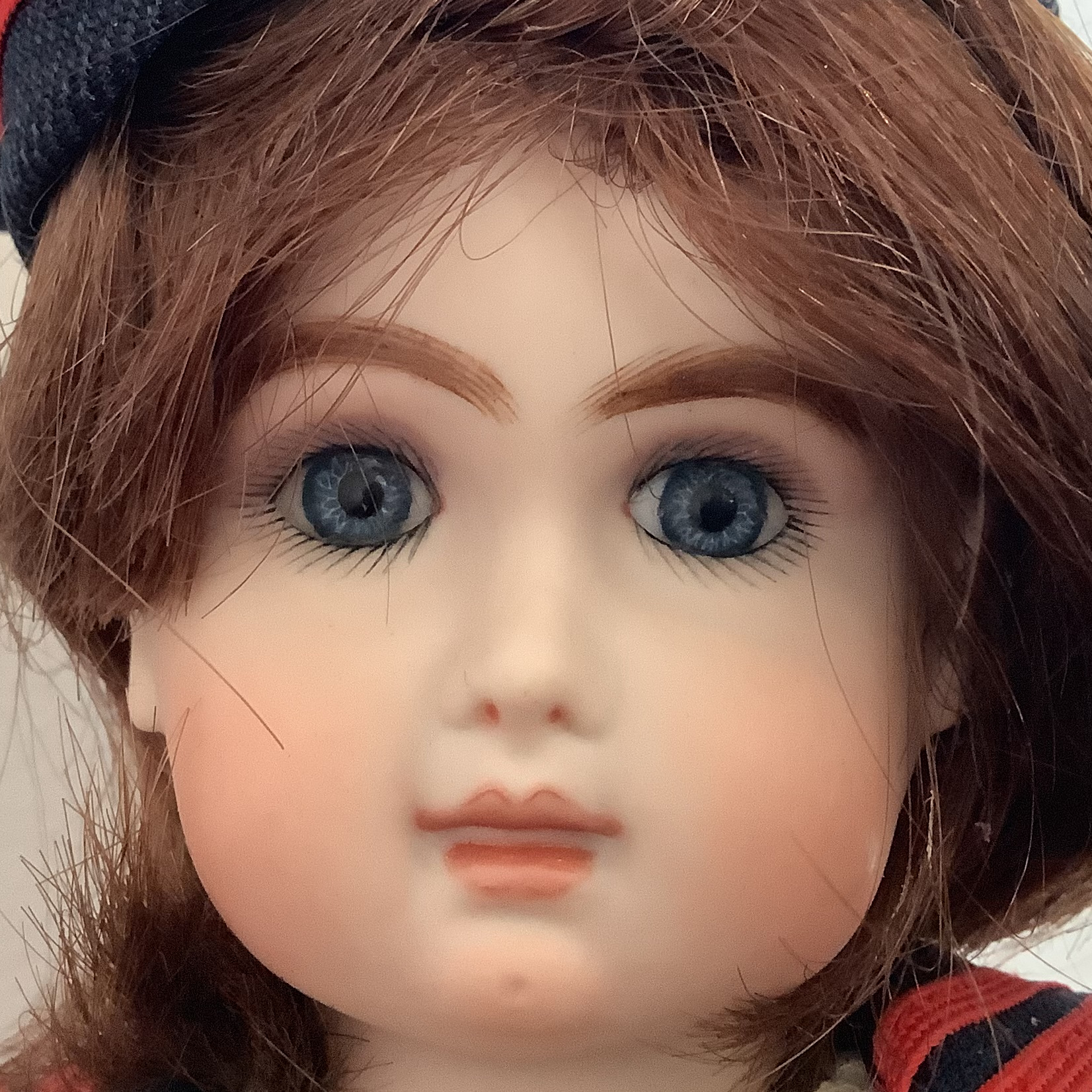 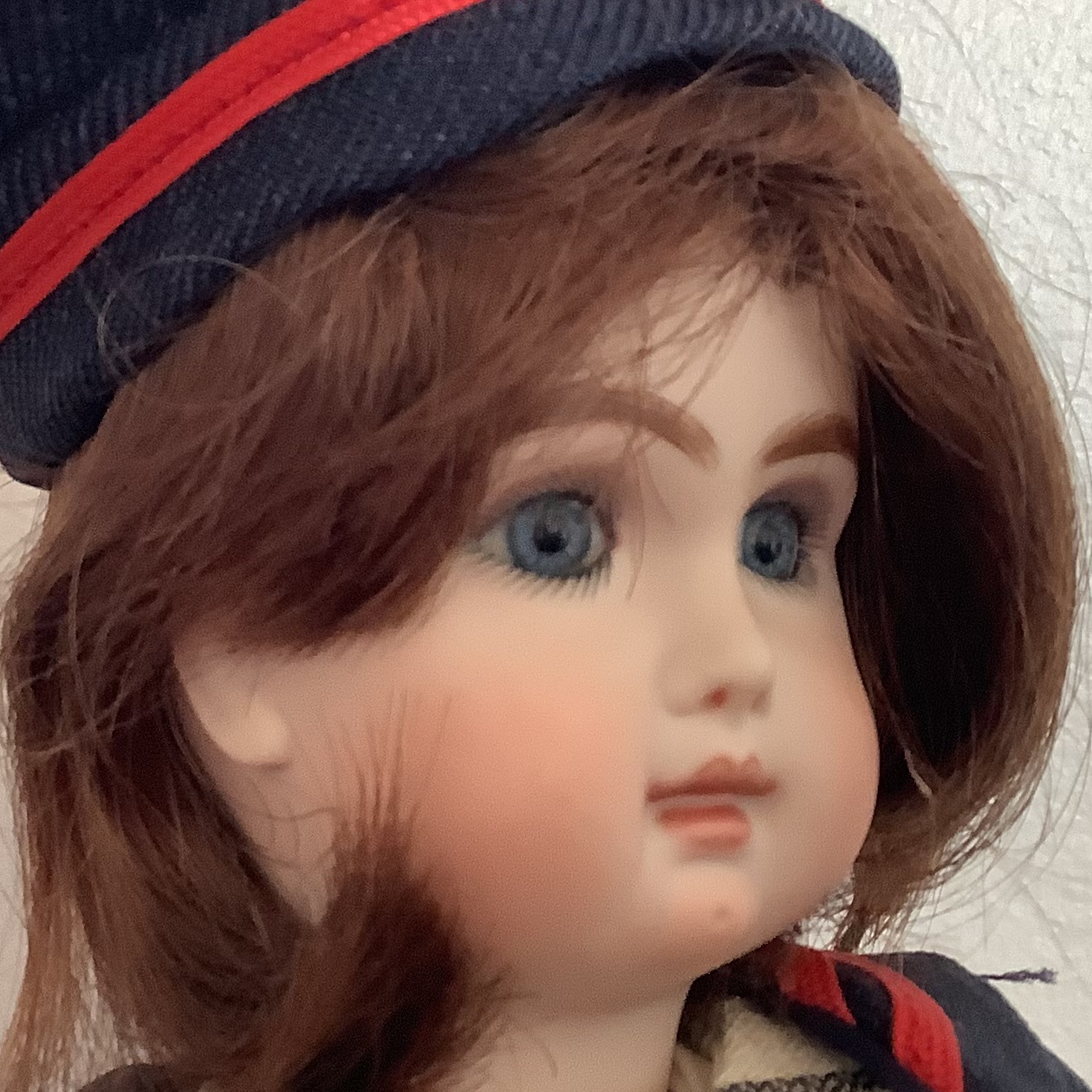 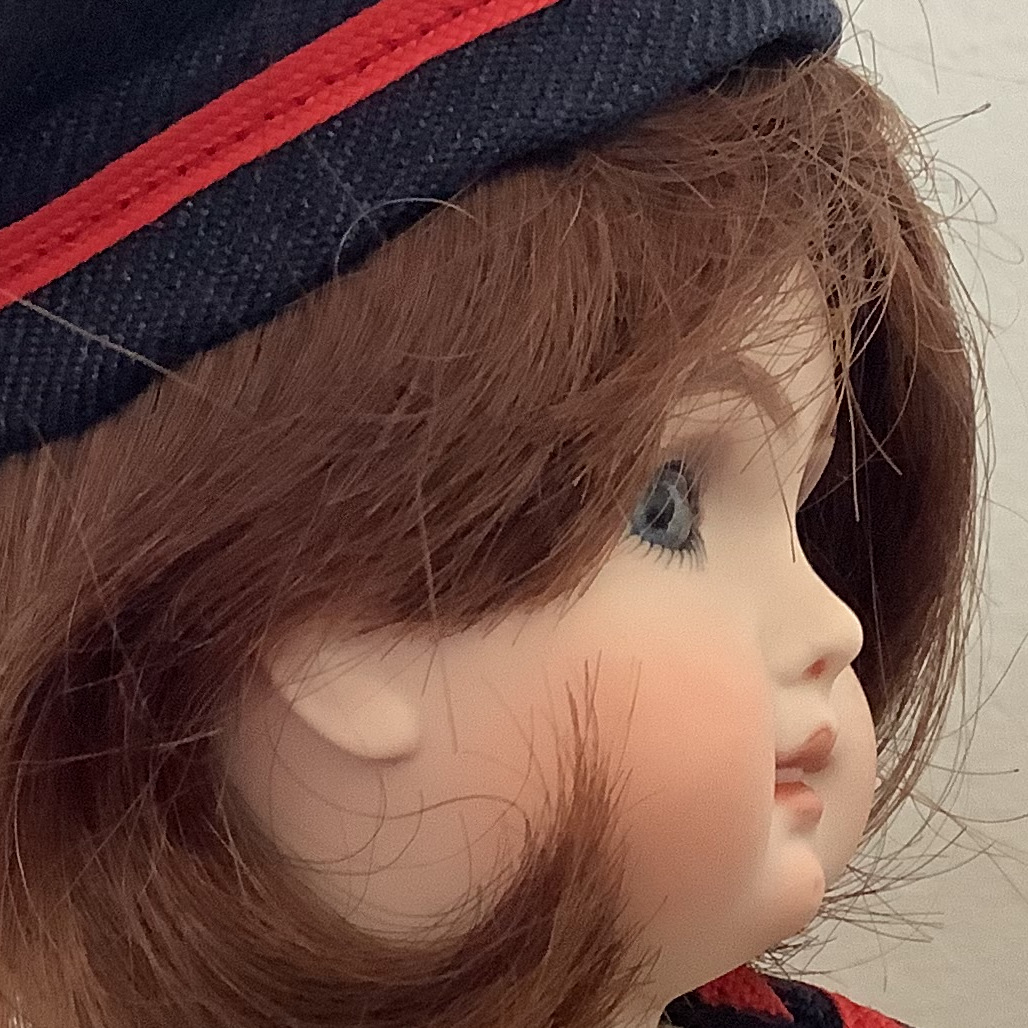 Reproduced from an early twentieth-century doll, Bleuette's popularity bridged the surprisingly short divide between the Victorian and modern eras, and she's the cutest little fashion plate we've found so far. This little deck hand stands 11" tall and is ready to set sail. Painted by Celia Desmond.

In the first half of the twentieth century, beginning in 1905, girls could subscribe to the French Catholic magazine “La Semaine de Suzette,” or its English counterpart, “Suzette’s Week.” Children’s magazines were as plentiful then as now, but to promote their readership, the good people at Suzette offered their little subscribers a big incentive: a charming bisque doll with a durable composition body and a merry little face.

But it got better: besides their regular content, which tended to focus on crafts and easy cooking projects, the weekly magazine published cut-out patterns that their readers could use to make clothes for their little friend. Naturally, Bleuette was a popular girl; Suzette initially ordered twenty thousand dolls for their first year in print. They received sixty thousand subscription orders.

These weekly patterns were always fashionable and imaginative, and prepared little Bleuette for an exciting range of activities and occasions, from sporting attire to party dresses to an elaborate wedding gown. During the First World War, Bleuette still remained topical, with patterns for (slightly modified) nurse, pilot, and military uniforms.

When the Second World War came, Bleuettes had to be altered a bit, and bisque heads were abandoned in favour of composition, but resourceful little hands still managed to get and use their weekly patterns for at least a little a bit of luxury and fashion. With the development of cheaper, more durable materials, Bleuette became all-plastic in 1958. She was finally discontinued in 1960.