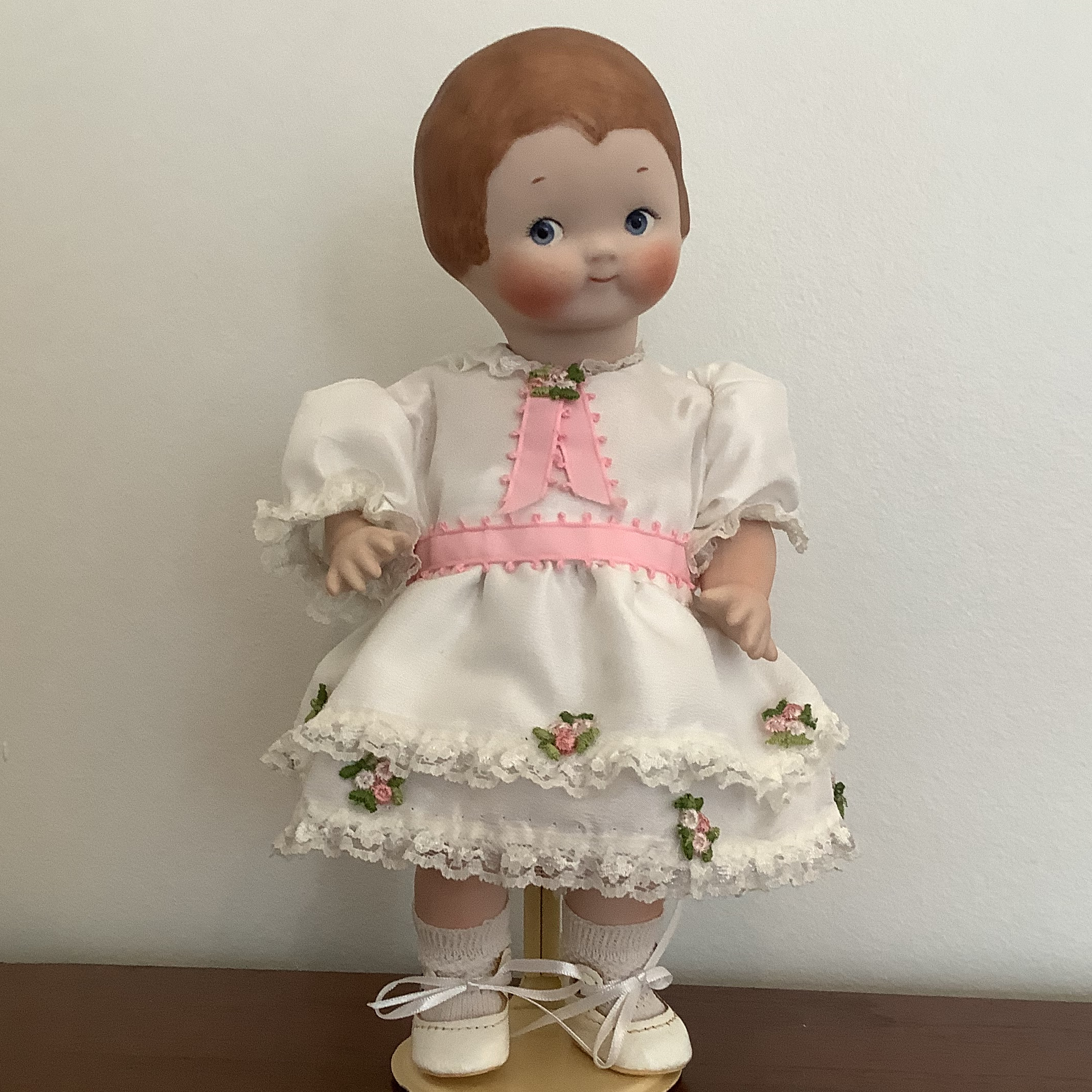 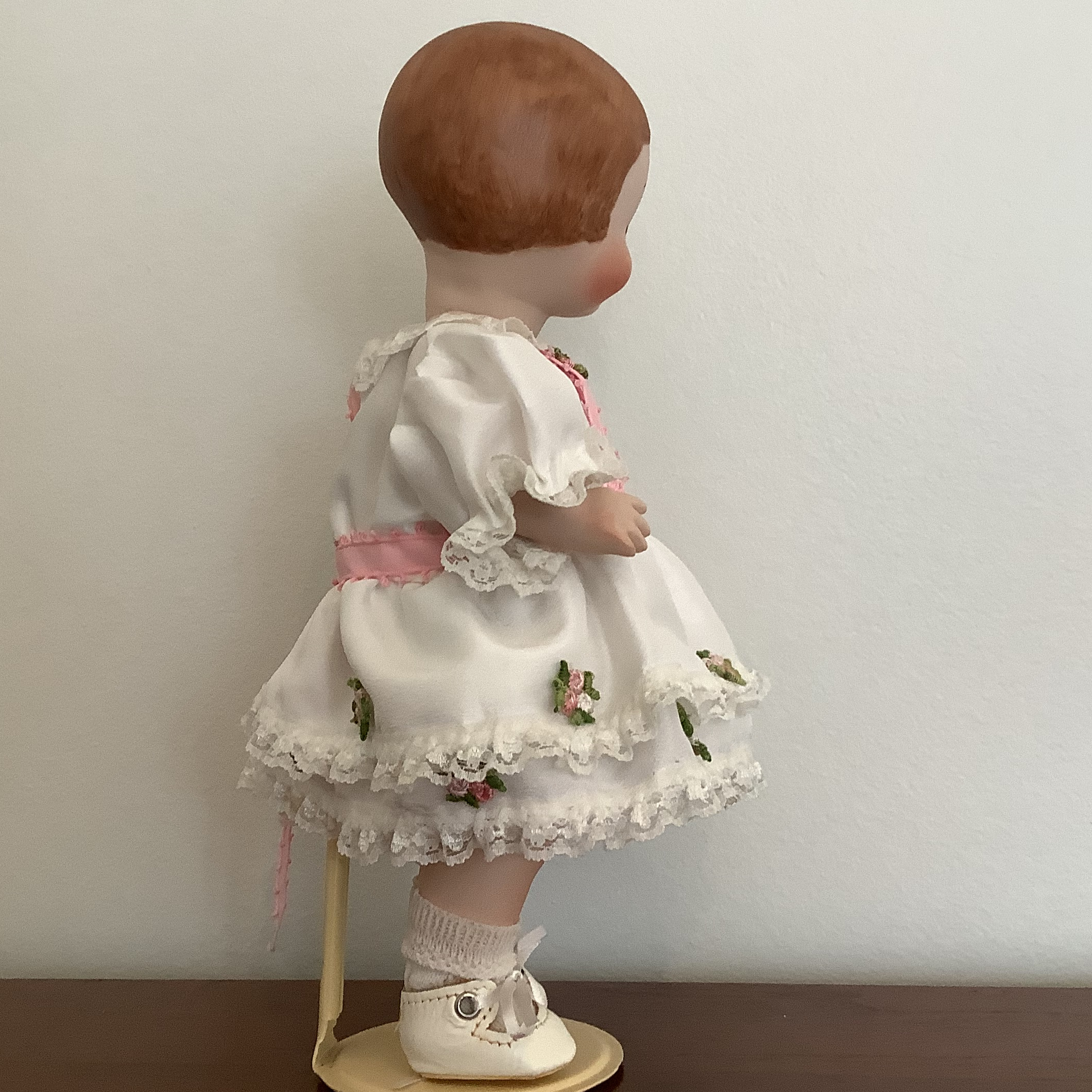 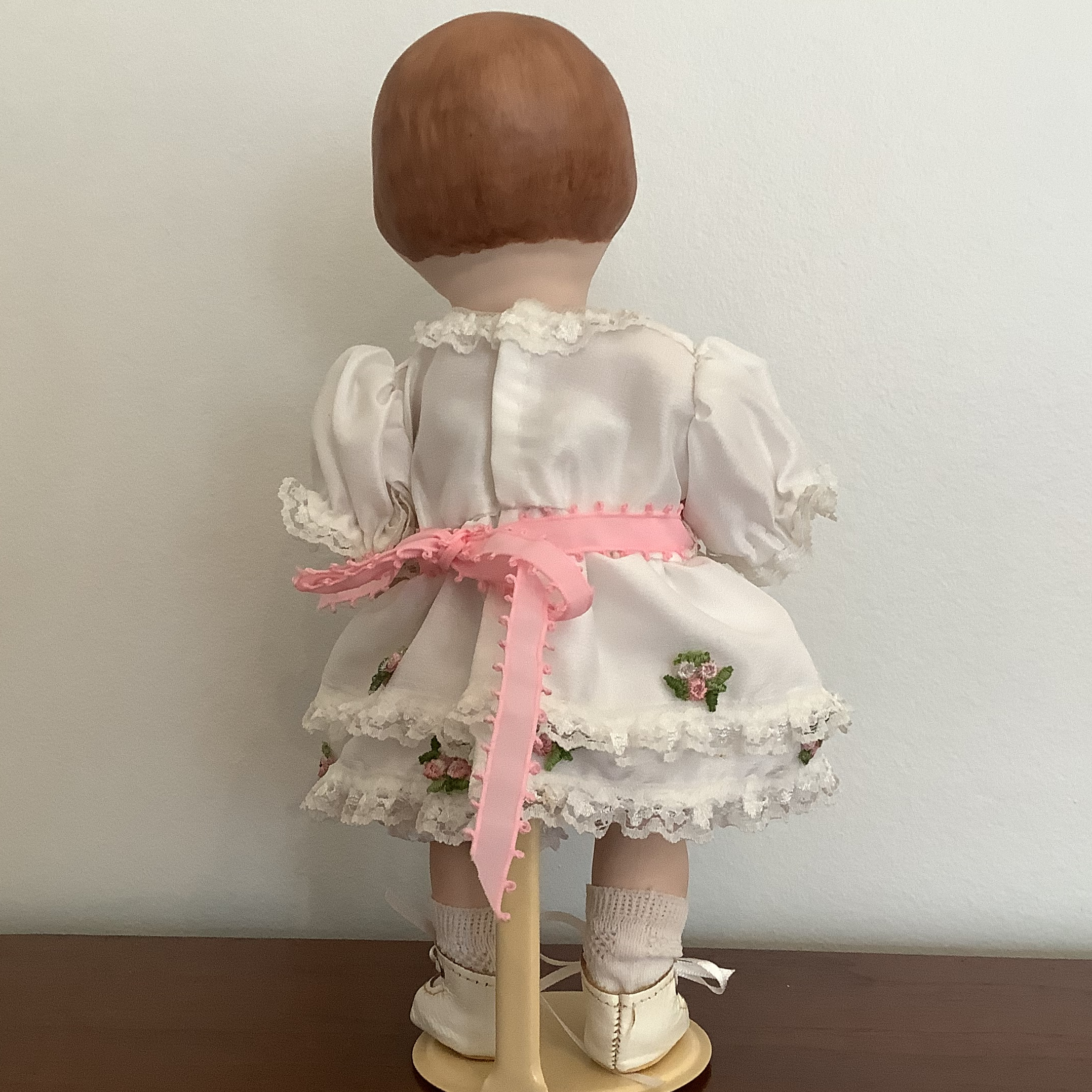 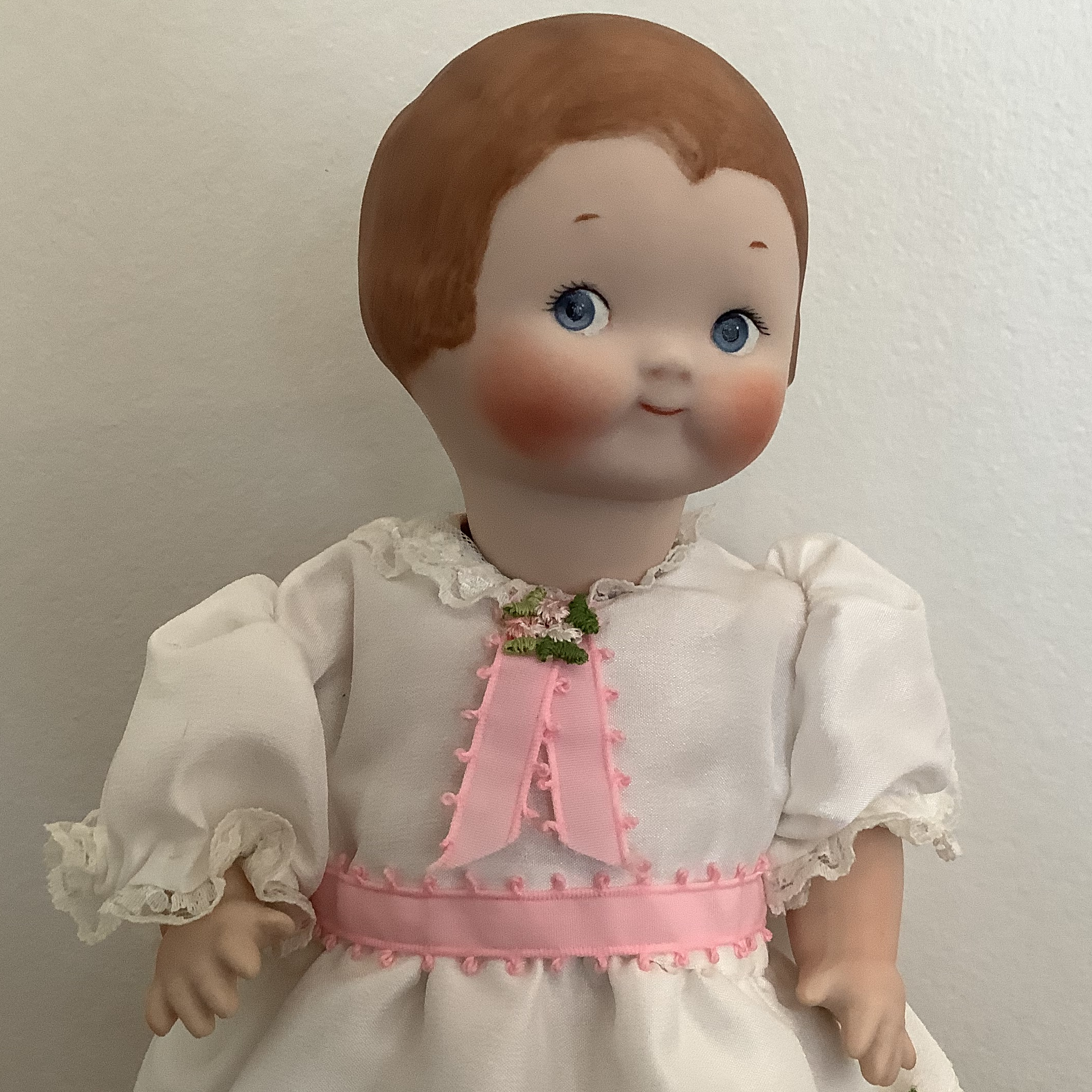 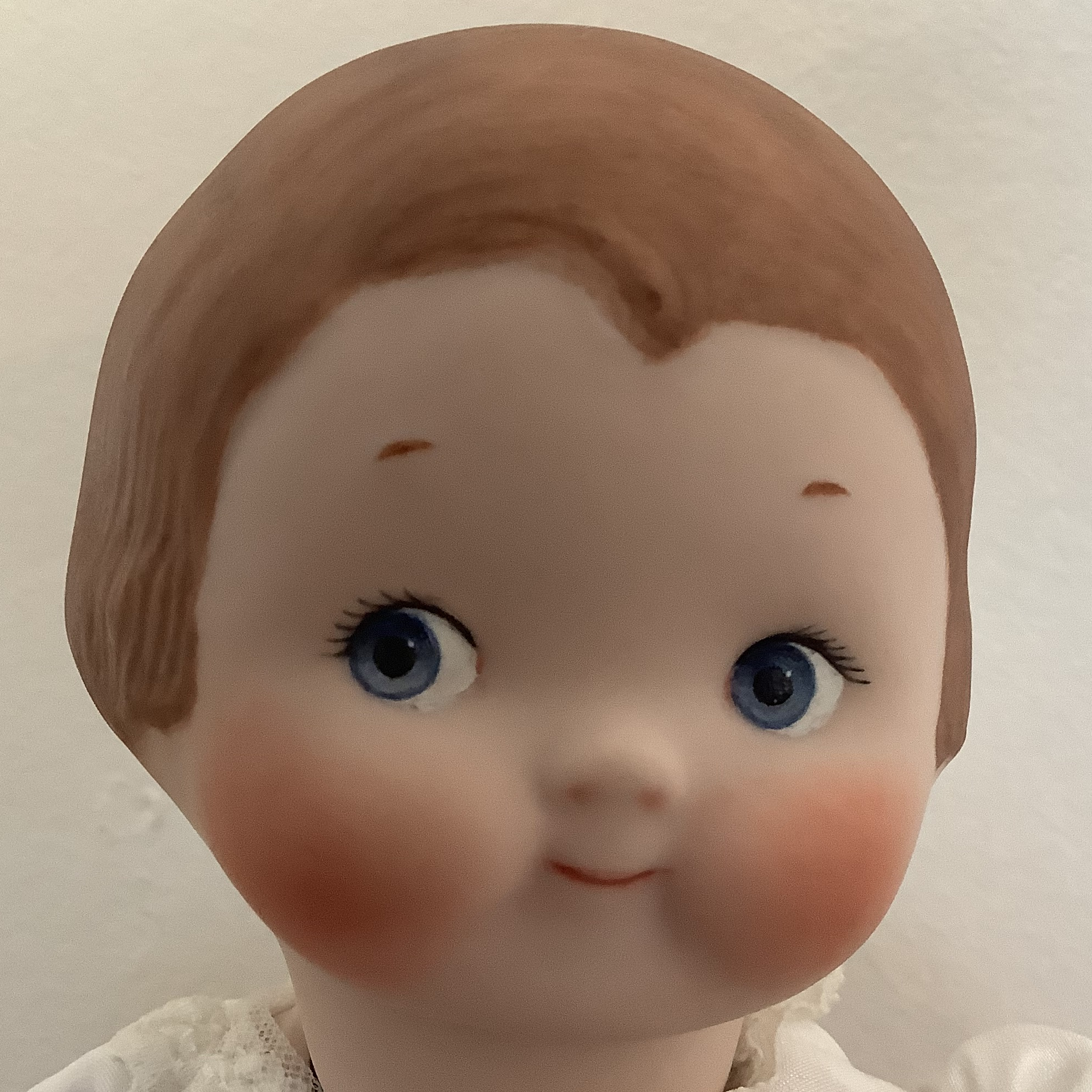 When Grace Drayton created the Campbell's Kids in 1904, she probably did not expect to create a cultural phenomenon. A professional illustrator married to a signmaker, she was simply making a streetcar ad to sell condensed soup. The public, though, ate them up - both the soup and the adorable characters - and the Kids became a marketing campaign so successful that we can still recognise them more than a hundred years later.

While they certainly own the rights to the Campbell's Kids, Campbell's does not seem to have ever actually purchased from Drayton the rights to their likeness; she had been creating very similar chubby, ruddy-faced kids, which she called "funny babies," for years, and continued making them afterward.

Even after her divorce from the signmaker with whom she had created the first advertisement, both she and Campbell's continued using and licensing quite similar characters without any apparent conflicts. This funny 10" baby was painted by Celia Desmond.